As the most commonly used mobile platform among Android phones, Qualcomm has also updated its new generation 8 series flagship mobile platform. As usual, it officially brings the flagship into the 5nm era. Each iteration of the Qualcomm Snapdragon 8 series flagship has no shortage of performance improvements and technological innovations. For OEM manufacturers, choosing Qualcomm Snapdragon 888 as the core of their flagship products can maintain a leading-edge while being relatively safe. On the night when the Snapdragon 888 mobile platform was launched, a large number of mobile phone manufacturers followed suit and announced that their new products would be the first to be equipped with it. This shows that everyone still has full confidence in the new Qualcomm Snapdragon 5nm chip.

In recent years, the camera experience of smartphones has improved rapidly, which is inseparable from the development of Qualcomm’s Snapdragon 8 series flagship mobile platform in imaging. The previous Snapdragon 845 was the first with a 4K HDR video. The Snapdragon mobile platform with a recording function allows users to shoot videos with more than one billion colors; then Qualcomm Snapdragon 855 brought the world’s first computer vision ISP. It supports an advanced depth mapping function, which can add a blurred background while recording 4K HDR video; the Qualcomm Snapdragon 865 released last year is the first Snapdragon mobile platform with a billion-pixel processing speed, and it also supports Capture photos up to 200 million pixels, record 8K video, unlimited slow-motion video shooting and more.

After the release of the Snapdragon 888 mobile platform, its image part has brought us an evolutionary improvement. The new three ISPs, breakthrough processing speeds, computational HDR, AI-driven algorithms, etc., these innovations have brought computational photography to a new level. Of course, whether the user experience in actual use can be further improved, we need to start with the Qualcomm Snapdragon 888’s various innovations and upgrades in imaging technology.

The ISP in the Qualcomm Snapdragon mobile platform is the image signal processing unit. Its main function is to do post-processing on the signal output by the front-end image sensor. It can perform operations such as noise reduction, color correction, and exposure correction on the image captured by the sensor. The camera sensor work complements each other and together determine the final image quality.

For smartphone products that focus on image experience, most mobile platforms attach great importance to ISP performance. Unlike other ISPs, Qualcomm Spectra ISP was born with a dual-core ISP at the beginning of its launch. This year, Qualcomm Snapdragon 888 mobile platform went a step further on this basis, with the first three ISP configurations.

The triple ISP configuration of Qualcomm Spectra 580 has a significant effect on the performance upgrade of image processing. It can support triple concurrency and triple parallel processing of cameras. Simply put, each ISP can run independently, corresponding to different lenses to achieve the same time period recording Produce 3 independent videos, that is, the user can make the 3 rear lenses work at the same time during shooting. Nowadays, most flagship smartphones are equipped with at least 3 or more rear lenses. Among them, support for ultra-wide-angle, wide-angle and telephoto is the most common configuration. Triple concurrency using three ISPs can call 3 at the same time without interfering with each other. Use different cameras to shoot and generate 3 videos under different lenses at the same time, and ensure that each video is of 4K HDR quality, or users can press the shutter once to take 3 photos under different lenses, each of which is 2800 Zero shutter delay mode with 30fps megapixel. This means that the photographer can obtain the materials of the three shots at the same time without having to repeatedly shoot and collect materials, which facilitates the editing and production of the post.

In addition, the triple concurrency of the ISP will also provide a smoother transition for switching zoom between cameras. In the previous dual ISP, if the user started to shoot with a wide-angle camera, no matter whether the next option was ultra-wide-angle or telephoto, there would always be a lens that was not working, and it would be stuck when switching. But with three IPS, the three lenses can be kept on standby at any time. When the user calls any lens to switch zoom, it can switch to the desired lens more smoothly.

The use of the three ISP design is very different from the previous dual ISP shooting. Three simultaneous shooting will provide OEM manufacturers with more feasible solutions when exploring camera functions. For video producers, only Press the shutter once and record once to obtain three different views of the film, which directly improves the efficiency of mobile phone shooting; at the same time, in the post-editing process, the extra video can further enrich the material library, let vlog or short video The works give users more angles and horizons and discover different beauty in life.

In addition to the three ISP design, the pixel processing speed of Qualcomm Spectra’s billion-pixel level has also become the key to shooting ultra-high-quality images. Qualcomm officially claims that the Spectra 580’s processing speed is 35% faster than its previous generation ISP, and can process up to 2.7 billion pixels of video or pictures per second. This level of processing speed also gives smartphones faster image processing capabilities. Official data shows that a mobile phone equipped with the Snapdragon 888 mobile platform can make it possible to simultaneously shoot video content with a frame rate of 30fps with a combination of two sensors of 64 million pixels and 25 million pixels, and it can also capture 120 frames in one second. , And each frame has an image quality of 12 million pixels. At present, there is no mobile phone on the market that can do it.

Spectra 580 also supports the single-frame progressive HDR function, which is to output three independent long, medium, and short exposure data streams within one frame, which is equivalent to three images with different details. Compared with the traditional image sensor, when shooting HDR pictures, it takes three shots and synthesis, while single-frame progressive HDR directly outputs three images within the time of shooting one image, and they all have the details of different parts in the bright or dark scene; Faster imaging also greatly reduces the ghosting problem caused by traditional image sensors when shooting motion HDR pictures.

Thanks to the single-frame progressive HDR image sensor’s ability to output triple-exposure images within one frame time, Snapdragon 888 can support smartphones to apply multiple exposure calculations for HDR during video and photo shooting. During the photographing process, Spectra 580 ISP combines the multiple exposure images from the image sensor by calculating HDR to improve the image quality. When shooting video, 4K HDR and triple exposure single frame progressive HDR will enhance the dynamic range of the video, making the video content look richer, even in the case of insufficient light, we can still shoot with more details, Video works with fewer artifacts. Not only video shooting, the use of 4K and single-frame progressive HDR will also make the video chat screen clearer. It has greatly improved the writing details that are too bright or too dark in the video conference, which solves the problem of unclearness. The problem. 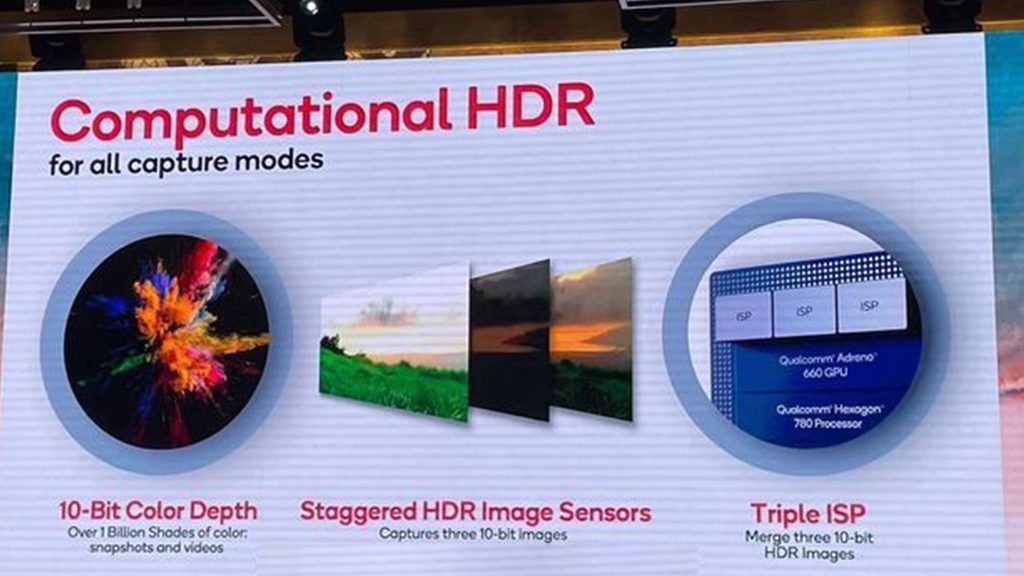 The sharpness, dynamic range, and color of the picture must have good performance in order to present a professional-quality photo, and these are still very important for novice photographers and most ordinary users in actual shooting. challenging.

Qualcomm Spectra 580 will launch our 10th generation 3A algorithm for the first time. This is also the first 3A algorithm empowered by AI. It will bring professional autofocus, autoexposure, and auto white balance, even including viewfinder, Composing, focusing, zooming and other more complex operations, Qualcomm related personnel also demonstrated the autofocus function for everyone at the press conference. When shooting a picture, the AI ​​algorithm will automatically locate the focus on the subject and change the viewing position Then the focus point will be switched again. With the addition of these algorithms, novice users only need to pick up the phone and press the shutter to take the picture they want. 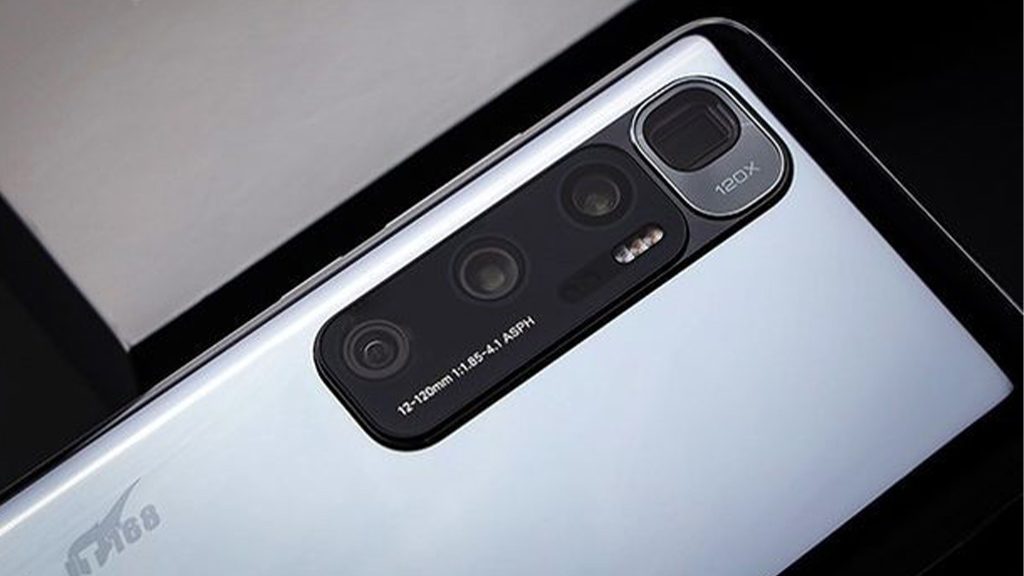 Through the above introduction, it is clear that the Qualcomm Snapdragon 888 mobile platform has brought a series of new shooting features, whether it is a new three-ISP architecture design, a processing speed of up to 2.7 billion times, or multiple exposure calculations HDR and AI photography. It is an innovation to the existing mobile phone imaging technology. As in this summit, Qualcomm mentioned a sentence at the end of many videos analyzing related imaging technologies: Your smartphone should be a “camera” with professional imaging capabilities. Through the upgrade of the Snapdragon 888 mobile platform, Qualcomm is bringing users a more convenient and professional camera experience. How To Unlock iPhone Face ID With A Mask On