Phone water damage would cause all kinds of malfunctions. Here we have a Samsung A70 that gets a flicking screen because of water damage. How to fix it? We will give a detailed demonstration here. Phone water damage repair is quite difficult. If no traces of corrosion, we must measure and analyze to find out the cause.

The flickering screen could be caused by the screen itself. Therefore, the first step is to replace the screen. Disconnect the battery, the screen BTB, take down the screen. Then install a new screen.

After screen replacement, we test again. However, the blue light still exists.

However, when we boot up the phone, the screen is still flickering. We conclude the motherboard has been faulty.

Which parts of the motherboard need to be checked?

Find the display PMIC with the help of the motherboard inode bitmap, then measure the large inductor around the IC. 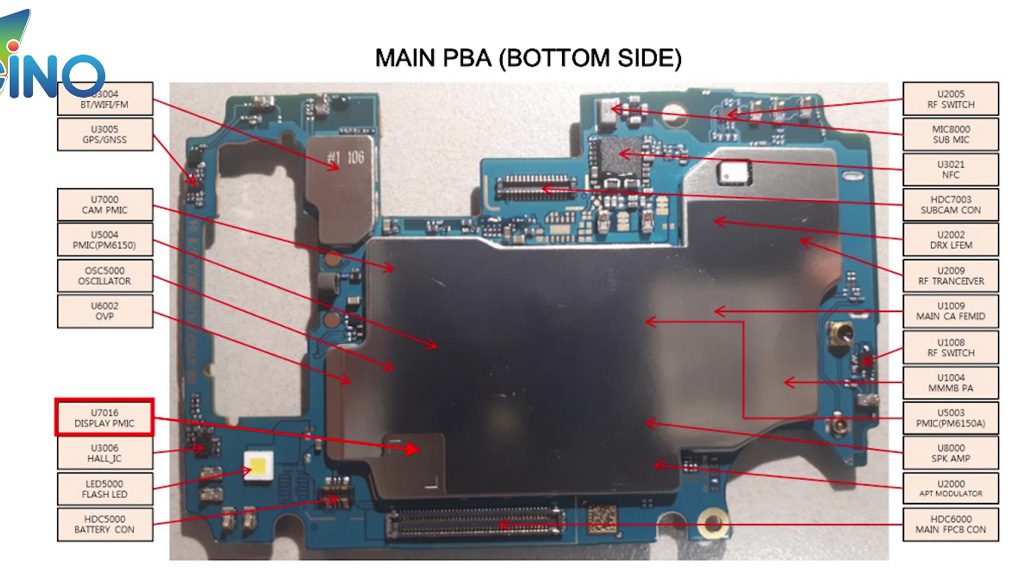 As a result, the LED- grounding diode reading is 0, normal. While the LED+ is also 0, abnormal. Apparently, the display PMIC has been faulty. We need to replace it. 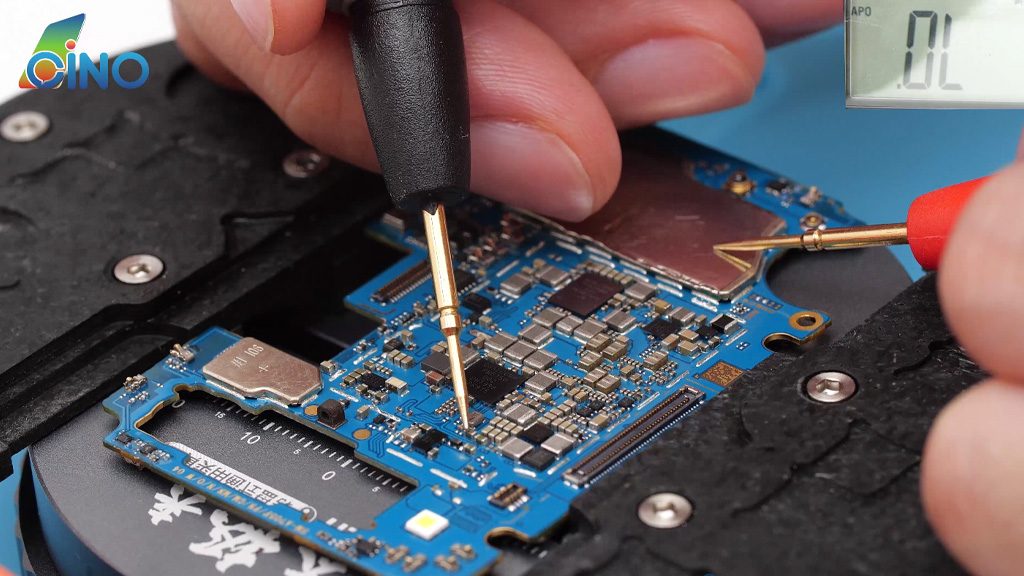 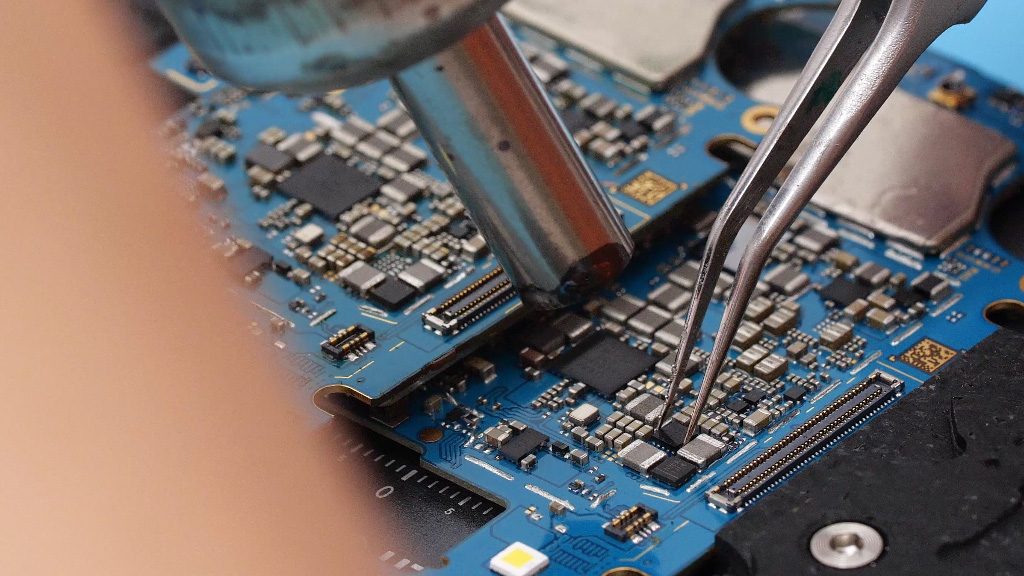 The display PMIC has been replaced. We install the phone and test again. Needless to say, the screen has no flickering anymore. Problem solved.